If you ever submitted an app update recently to TestFlight review on App Store Connect, you know the time take to get it approved. It was the case for even App Store app updates some time back. Recently Apple is improving the total time taken for review resulting in one day review time (some developers from US time zone can get even less then an hour)

At my work, we do have multiple beta groups and most of the time a new update would take more then 2 days to get it reviewed for TestFlight. Its doesn’t work for urgent release. So we changed the release process little bit different and always keep the TestFlight app updates near instant.

The way TestFlight update works is every new version update has to go to review and every build on the same version is apporved immediately.

So whenever we released a version to App Store, immediately we submit the same build again for TestFlight app review by bumping the version number. By the time we finish developing the app update, the initial version submitted to review would be approved and submitting second build on same version would get approved immediately.

For example, after releasing v5.0 to App Store, try submitting v5.1 (or whatever version on your pipeline) with the same build as v5.0. Only change here is version number. By the time you actually wants to push v5.1 for your beta testers. Just bump the build number and submit. It will be approved immediately. 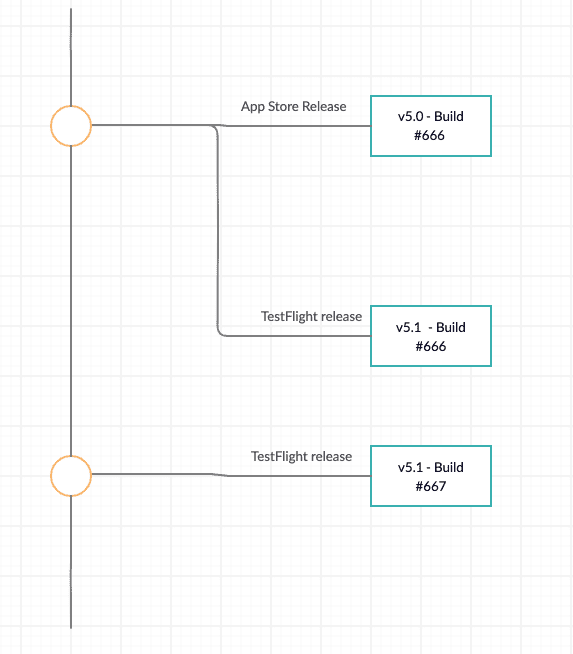 Above works fine as of dated. Who knows WWDC 2020 might have some improvements.